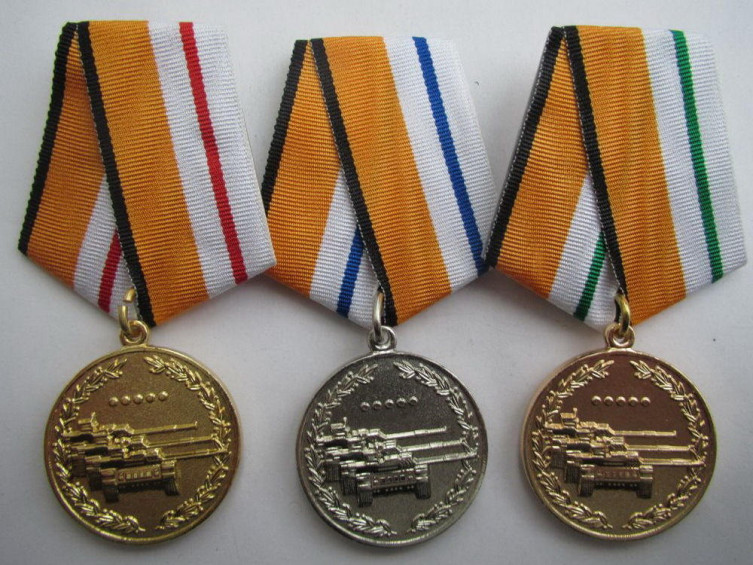 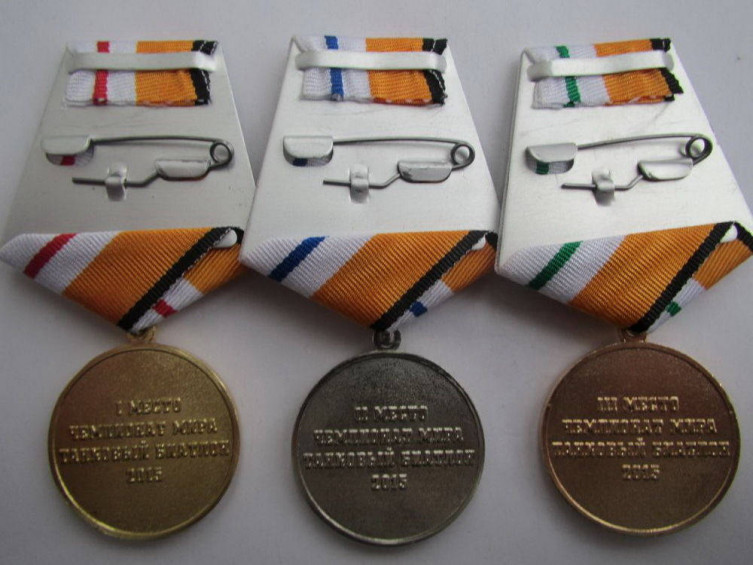 $67.99
$8.00 shipment in 1 - 2 business days
Thank you! Your submission has been received!
Oops! Something went wrong while submitting the form.

SET OF RUSSIAN MEDAL MINISTRY OF DEFENCE "TANK BIATHLON" WORLD CHAMPIONSHIP 2015 Tank biathlon - race between tank crews in the art of driving a tank and shooting accuracy of tanks installed on the primary and secondary weapons to various countries. According to sources in the Ministry of Defence of the Russian Federation and the output of the television coverage, the inventor of this competition is personally the Minister of Defence of the Russian Federation Sergey Shoigu. Despite this, the idea of ​​the competition tank crews have a much longer history. Similar essentially competition for NATO tankers on Canada's Army Award (Canadian Army Trophy) conducted from 1963 to 1991 in West Germany. In the USSR in the late seventies of the last century at a landfill, which is located in Krasnodar, shooting from tank to "tank headmistress" called biathlon. - 1 prize - 2 prize - 3 prize New condition