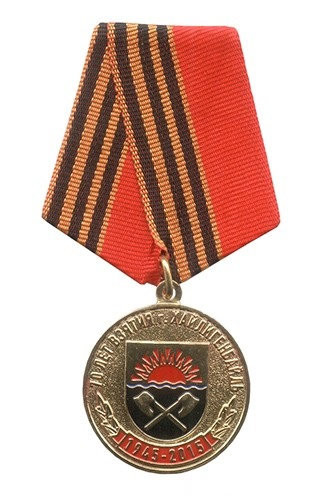 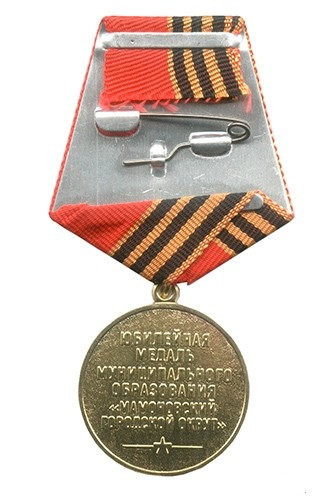 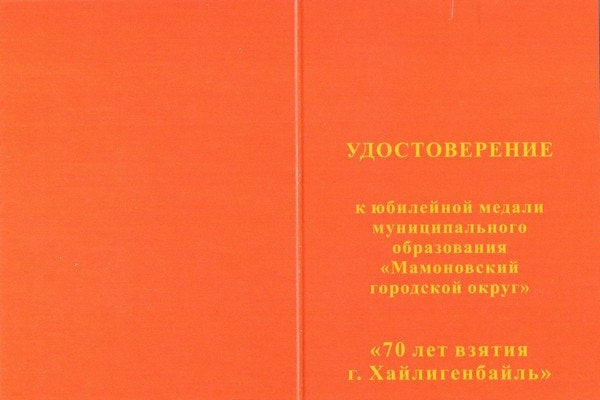 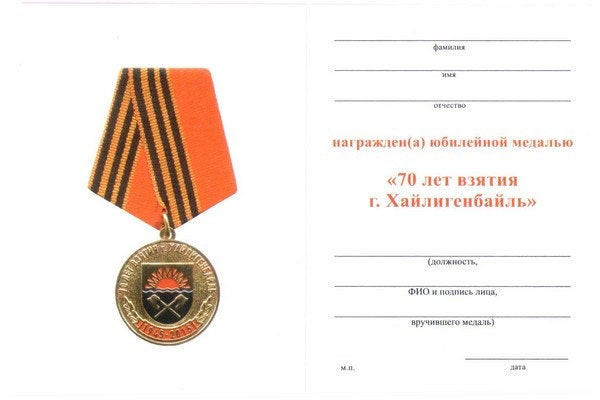 $27.99
Free shipment in 1 business day
Thank you! Your submission has been received!
Oops! Something went wrong while submitting the form.

POSSTOVIET RUSSIAN MEDAL WITH DOCUMENT "70 YEARS OF CAPTURE OF HEILIGENBAYL (MAMONOVO)" Mamonovo (main 1301, until 1947 German Heiligenbeil - Heiligenbayl) is a border city of Poland with regional subordination in the Kaliningrad region of the Russian Federation. In February and March 1945, the city became the scene of fierce fighting between the troops of the Soviet 3rd Belorussian Front and the German 4th Army, which defended the approaches to the port from which evacuation was carried out by sea. In the city, a significant part of the 4th German army fell into the Soviet environment. In 1947, Heiligenbayl was renamed in honor of the Hero of the Soviet Union, Lieutenant Colonel Nikolai Mamonov (1919-1944), who commanded the 331rd Rifle Regiment, which participated in the battles for this city. NEW CONDITION