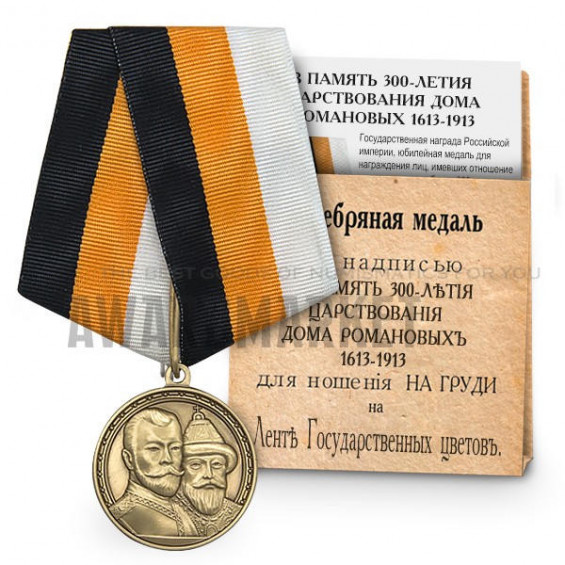 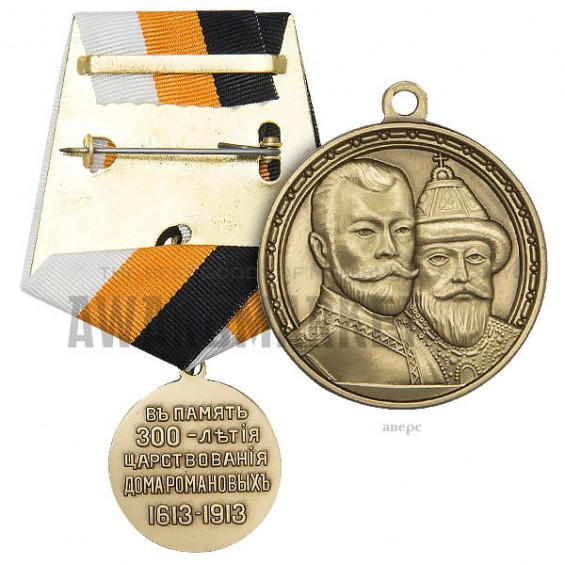 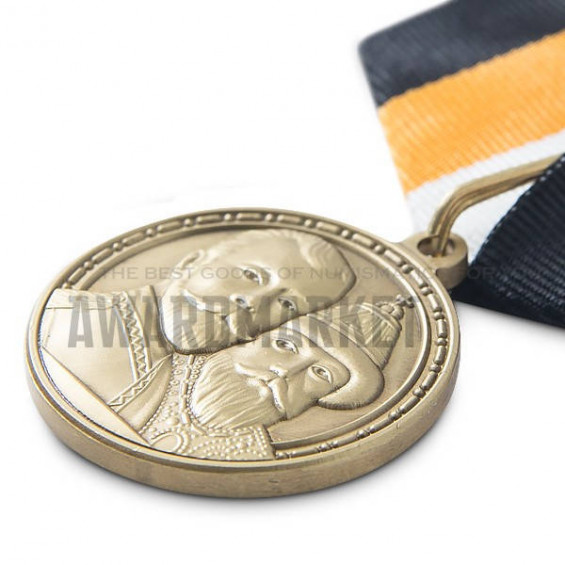 $47.99
Free shipment in 1 - 2 business days
Thank you! Your submission has been received!
Oops! Something went wrong while submitting the form.

IMPERIAL RUSSIAN MEDAL 300TH ANNIVERSARY OF ROMANOV HOUSE REIGN The medal "To commemorate the 300th anniversary of the reign of the Romanov dynasty" is a state anniversary jubilee decoration, which was presented in the Russian Empire. The award was presented to persons who had a relationship to celebrate the 300th anniversary of the Romanovs' coming to power. The insignia was established on February 21, 1913 in accordance with the second decree adopted by Nicholas. The award was presented to the Cavaliers together with the certificate of service. It was intended for pages and junkers of special classes, as well as other ranks, who on February 21, 1913 were in the service in the navy, in the army, police, prison guard, escort team, and also separate corps of gendarmes and border guards. The medals were also given to the representatives of the peasantry who were honored to be present at the celebrations together with Nicholas II. Characteristics of the award: Height: 92 мм ± 2 мм Diameter of token: 28 мм ± 1 мм Thickness: 2 мм ± 1 мм Weight: 28 ± 4 gr. Мaterial: Brass with varnish Ribbon: imperial wide 28 mm QUALITY COPY