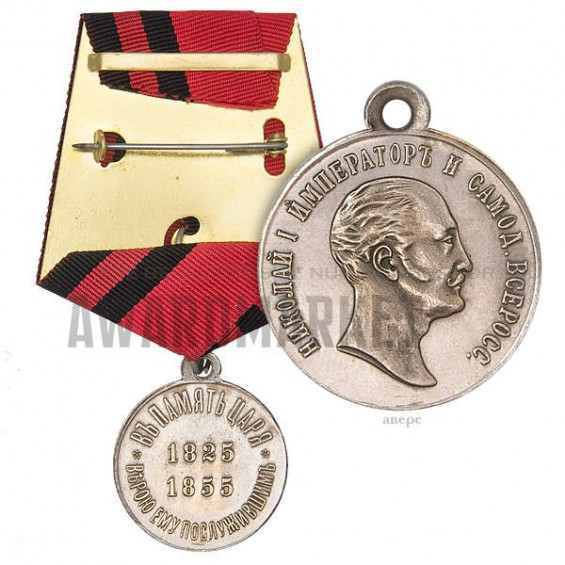 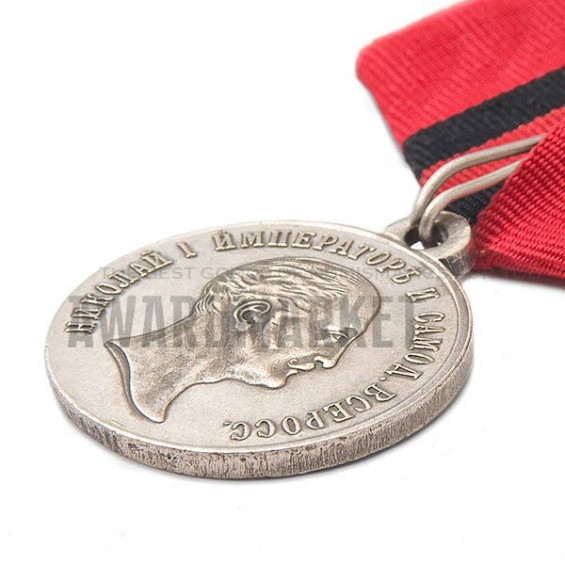 Imperial russian medal "In memory of the reign of Emperor Nicholas I" Nikolay I. copy

IMPERIAL RUSSIAN MEDAL WITH A PAPER DESCRIPTION OF THE AWARD "IN MEMORY OF THE REIGN OF EMPEROR NICHOLAS I The medal "In memory of the reign of Emperor Nicholas I" is a national emblem of the Russian Empire, which was intended for persons who were on duty during the reign of Nicholas I. The award was issued in two versions - bronze and silver. Nicholas II established this distinction in honor of the 100th anniversary of the birth of Nicholas I, and it happened on April 30, 1896. Officially, the decree was announced by P. Vannovsky, the government's military minister. Characteristics of the award: Height: 90 mm ± 2 mm Diameter of token: 29.5 mm ± 1 mm Thickness: 2 mm ± 1 mm Weight 26 ± 4 gr. Metal Neusilber Block: Imperial wide 50 mm Ribbon: St. Andrew's& St. Vladimir moiré, 28 mm Package Contents: - an exact souvenir copy of the award; - insert with a description of the award; QUALITY COPY