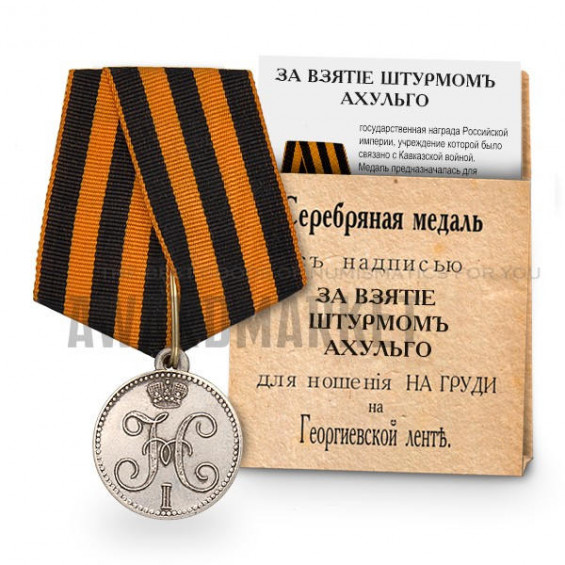 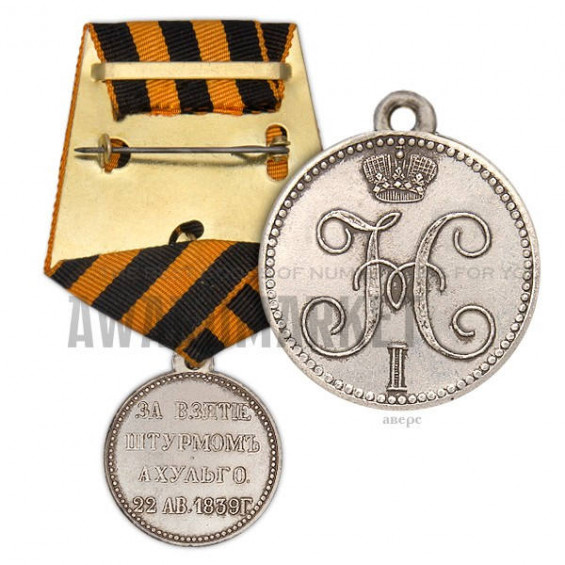 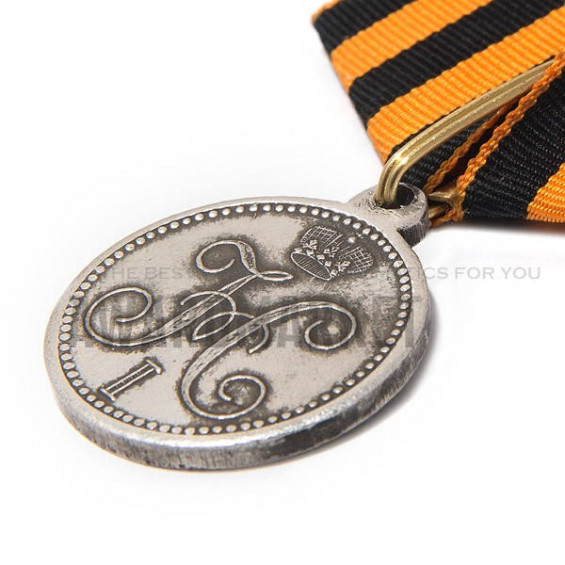 Imperial russian medal "For the capture by storm of Ahulgo" Nikolay I. copy

IMPERIAL RUSSIAN MEDAL WITH A PAPER DESCRIPTION OF THE AWARD "FOR THE CAPTURE BY STORM OF AHULGO" NIKOLAY I For thirty years the Caucasian war continued. The soldiers of Imam Shamil, whose influence grew, settled in the fortress of Akhulgo. The place was chosen very successfully, nature itself made it almost impregnable. On three sides the approaches were closed by a flowing river. The victory of the Russian army in unfamiliar conditions and with the strong resistance of the mountain people was not easy. Shamil fled with a small detachment. Although he was not captured and 20 years later resisted, the position of the mountaineers was significantly weakened. Under the decree of Nicholas I, a medal "For the capture of Akhulgo by storm" was instituted, which was supposed to reward the participants of this assault. Decree on the establishment of the award the Emperor signed on September 5, 1839. All the participants in the assault were awarded with a medal - all military men, as combatant non-combatants, regardless of rank, physicians, militiamen, priests. In all, 12,595 medals were minted and they all found their masters. Characteristics of the award: Height: 90 mm ± 2 mm Diameter of token: 28 mm ± 1 mm Thickness: 2 mm ± 1 mm Weight 26 ± 2 gr. Metal Brass with silvering Block: Imperial wide 50 mm Ribbon: St. George's, 28 mm Package Contents: - an exact souvenir copy of the award; - insert with a description of the award; QUALITY COPY