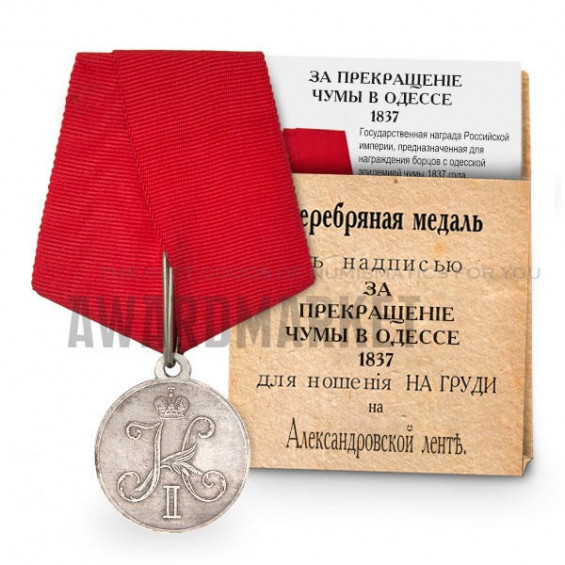 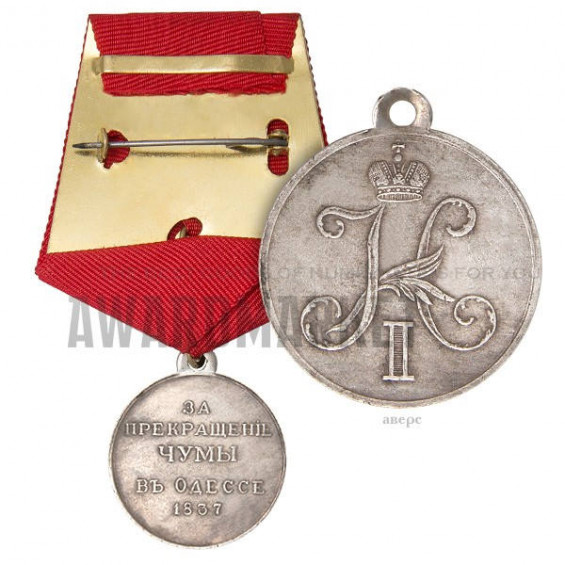 Imperial russian medal "For the cessation of the plague in Odessa" Nikolay I. copy

IMPERIAL RUSSIAN MEDAL WITH A PAPER DESCRIPTION OF THE AWARD "FOR THE CESSATION OF PLAGUE IN ODESSA" NIKOLAY I In Odessa, the epidemic of plague has constantly erupted, which was recorded from other states on ships. The last such outbreak happened in 1837. In April 1838, a state award was established - a medal "For the cessation of the plague in Odessa". She was awarded citizens who made a significant contribution to the fight against the plague. Representatives of the awarding of the Emperor Nicholas I were served by the Novorossiysk and Bessarabian Governor-General M. S. Vorontsov. Characteristics of the award: Height: 90 mm ± 2 mm Diameter of token: 28 mm ± 1 mm Thickness: 2 mm ± 1 mm Weight 26 ± 2 gr. Metal Brass with silvering Block: Imperial wide 50 mm Ribbon: St. Alexander,moire 28 mm Package Contents: - an exact souvenir copy of the award; - insert with a description of the award; QUALITY COPY