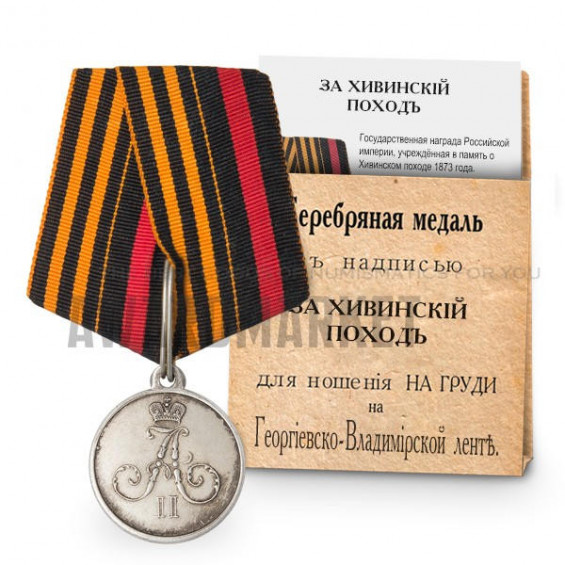 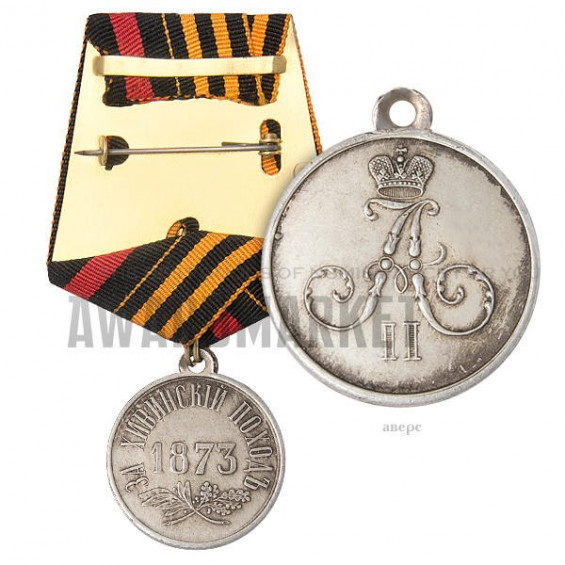 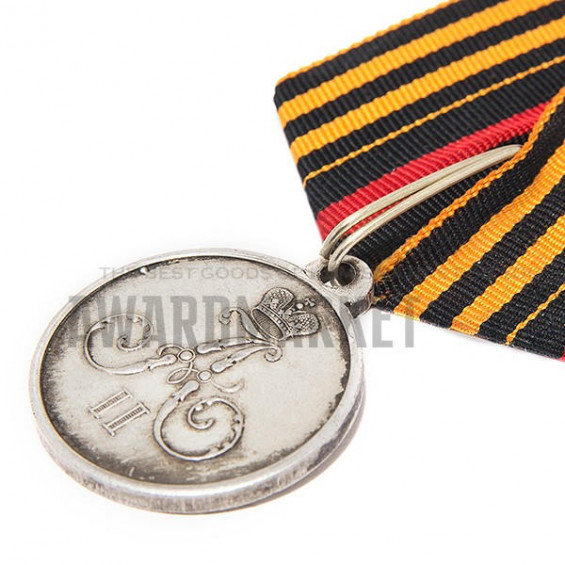 IMPERIAL RUSSIAN MEDAL WITH A PAPER DESCRIPTION OF THE AWARD "FOR THE KHIVA CAMPAIGN" ALEXANDER II Medal "For the Khiva Campaign" is a state award, which was encouraged in the Russian Empire by the participants of the Khiva Campaign, held in 1873. The insignia was established on July 22, 1873 according to the corresponding order of Emperor Alexander the second. It was specially introduced into the award system of the Russian Empire for the delivery of participants in a military campaign to the Khiva Khanate. Awarding the mark of distinction was subject to both combatant and non-combatant military personnel who served in the Aral flotilla, as well as in the Orenburg, Turkestan, Manyshlak and Krasnovodsk military detachments. Priests, military and civil officials, as well as volunteers, militiamen and medical workers, who served in the army and took part in hostilities, were also awarded prizes. Characteristics of the award: Height: 90 mm ± 2 mm Diameter of token: 28 mm ± 1 mm Thickness: 2 mm ± 1 mm Weight 26 ± 4 gr. Metal Brass with silvering Block: Imperial wide 50 mm Ribbon: St. George&St. Vladimir's,moire 28 mm Package Contents: - an exact souvenir copy of the award; - insert with a description of the award; QUALITY COPY