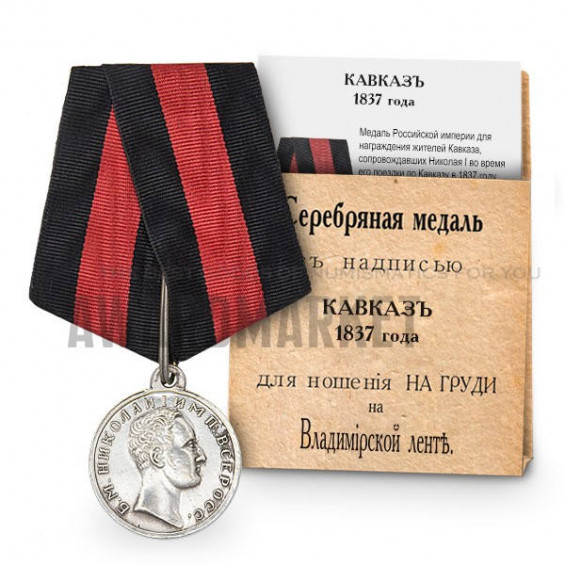 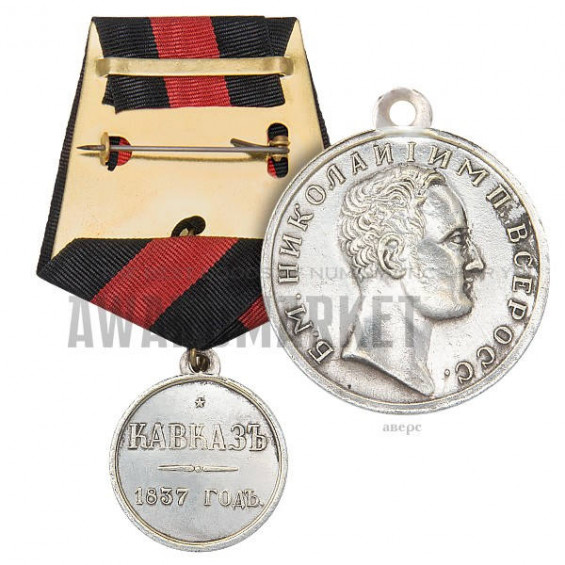 $62.99
$8.00 shipment in 1 - 2 business days
Thank you! Your submission has been received!
Oops! Something went wrong while submitting the form.

IMPERIAL RUSSIAN MEDAL WITH A PAPER DESCRIPTION OF THE AWARD "CAUCASUS 1837" NIKOLAY I The "Caucasus of 1837" medal is a state emblem of the Russian Empire, which was established by Nikolay first in September 1837. In the autumn of 1837 the autocrat went on a visit to the Caucasus in order to visit the local troops, but was extremely dissatisfied with the trip. So, despite the numerous victories of Russian troops, the situation in the region continued to be tense. The Emperor personally visited a number of garrisons, where he could make sure that the resistance of the mountain people is still very large. During the trip, Nicholas accompanied the first convoy, which was repeatedly attacked. The medal "Caucasus 1837" was intended for members of the convoy of the emperor. They were awarded silver medals, which needed to be worn on the chest. Together they were given the tape of St. Alexander Nevsky, executed in red. Basically, Caucasian citizens were present in the convoy of the autocrat. Since the trip took place during the Caucasian War, the region was quite restless, and so in the autumn of 1837 Nikolai decided to encourage his loyal subjects. In addition to residents of the Caucasian region, who escorted the emperor, MPs were also encouraged, who were introduced to the emperor during Nikolai's stay on the trip. Characteristics of the award: Height: 90 mm ± 2 mm Diameter of token: 28 mm ± 1 mm Thickness: 2 mm ± 1 mm Weight 26 ± 4 gr. Metal Neusilber Block: Imperial wide 50 mm Ribbon: St. Vladimir's,moire 28 mm Package Contents: - an exact souvenir copy of the award; - insert with a description of the award; QUALITY COPY