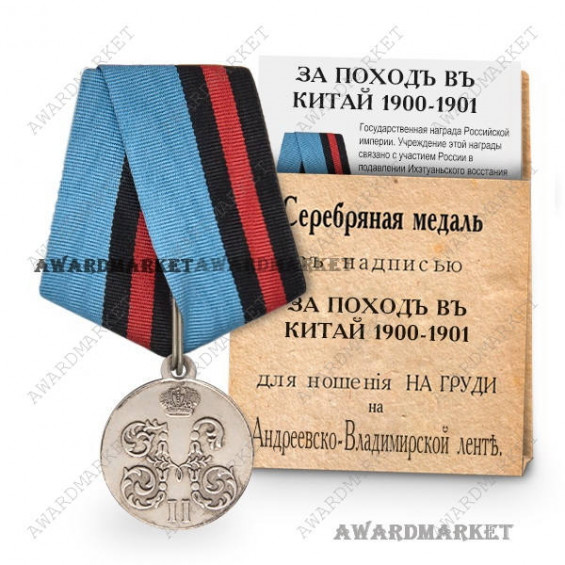 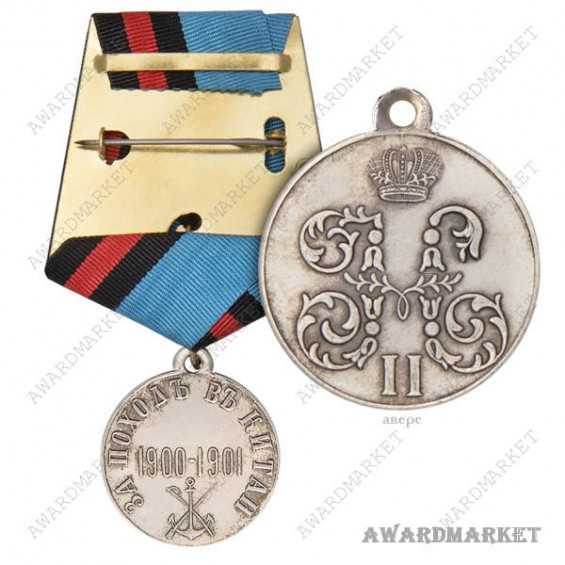 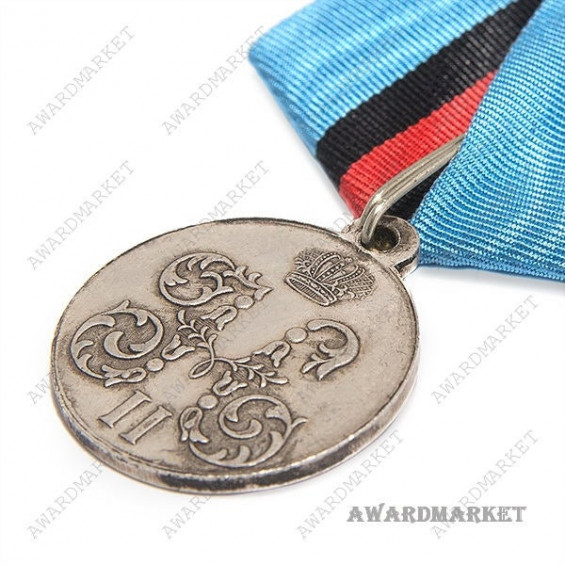 $54.99
Free shipment in 1 business day
Thank you! Your submission has been received!
Oops! Something went wrong while submitting the form.

IMPERIAL RUSSIAN MEDAL WITH A PAPER DESCRIPTION OF THE AWARD "FOR CAMPAIGN IN CHINA 1900-1901" NIKOLAY II Medal "For the campaign in China" - a medal of the Russian Empire to be awarded the military involved in the suppression of the Boxer Rebellion in China (also known as boxers uprising), as well as to reward medical staff, officials and priests, in the service, officials of the security service of the Chinese Eastern Railway and the South Manchurian Railway volunteers. Established May 6, 1901 by decree of Emperor Nicholas II. Medals made of different metals were given to different categories of recipients. Silver version was intended to honor all persons directly involved in the fighting. Awarded to the defense of Blagoveshchensk and Harbin, the participants taking Taku, Tian Jin, Beijing and other participants in the uprising repression episodes. In addition to military personnel, volunteers were awarded, the guards of railways, as well as priests, doctors and officials who were in service in military units. Option medals from light bronze relied all the military, did not take a direct part in the fighting, but in the service of the armies operating in the territory of China, as well as in areas where martial law was declared. Characteristics of the award: Height: 90 mm ± 2 mm Diameter of token: 28 mm ± 1 mm Thickness: 20 mm ± 1 mm Weight 26 ± 4 gr. Metal Brass with silver Block: Imperial wide 50 mm Ribbon: St. Andrew's, Vladimir, moiré, 28 mm Package Contents: - an exact souvenir copy of the award; - insert with a description of the award; QUALITY COPY