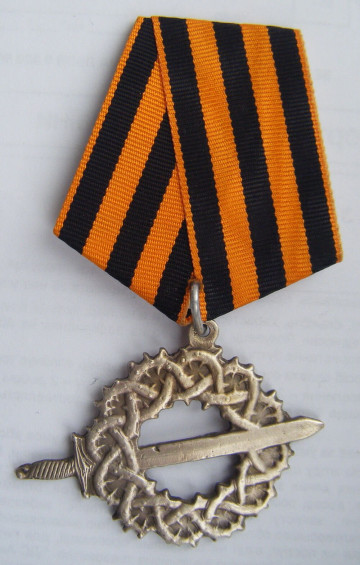 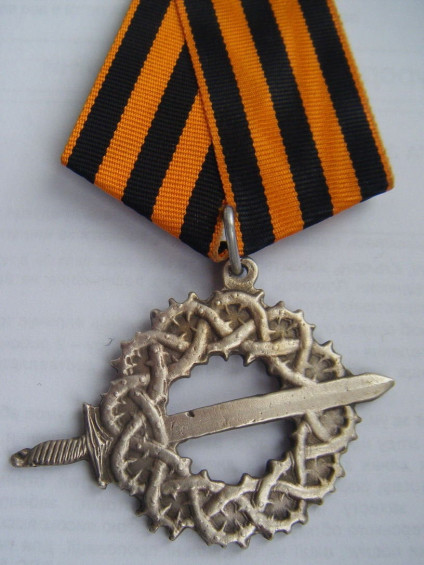 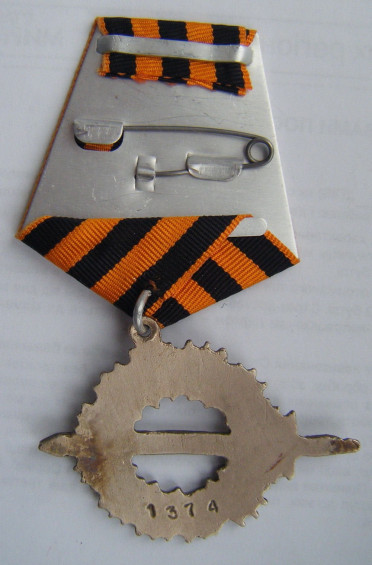 $22.99
Free shipment in 1 business day
Thank you! Your submission has been received!
Oops! Something went wrong while submitting the form.

IMPERIAL RUSSIAN MEDAL "FOR 1ST KUBAN CAMPAIGN." ICE CAMPAIGN "Medal of 1st Kuban (Ice) campaign" - the award since the Civil War, established in August 1918 by order of Commander of the Armed Forces of South Russia Lieutenant General Anton Denikin. Sign entered the history of the White movement as the most respected and esteemed award. The sign was established in memory of the unprecedented First Kuban (Ice) campaign Volunteer Army for all participants of the tour. Combatants issued to mark St George's ribbon, for those who are directly involved in the fighting did not take - to Vladimir tape. The sign is a crown of thorns made of silver, crossed sword hilt vnizlota. On the reverse side had the serial number plate. The right to the award of a had all trip participants. Sign under number 1 was posthumously awarded the Kornilov. Just the end of 1918 in the South of Russia in order VSYUR command was made at the same time 5,000 characters. Of these, 400 have not been issued. Unissued signs were drowned in the Danube in 1944, during the evacuation of the Main Board of the Union of participants of the 1st Kuban campaign from Belgrade before the occupation by the Red Army. COPY