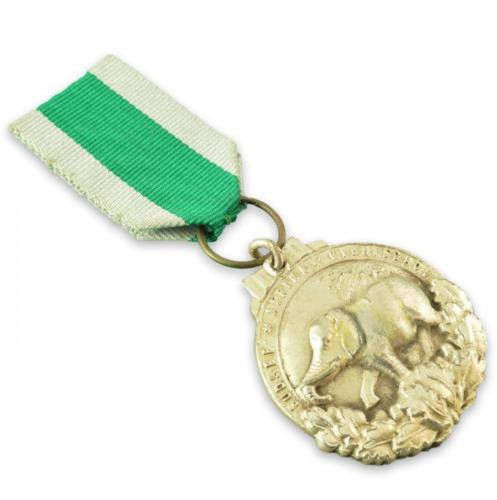 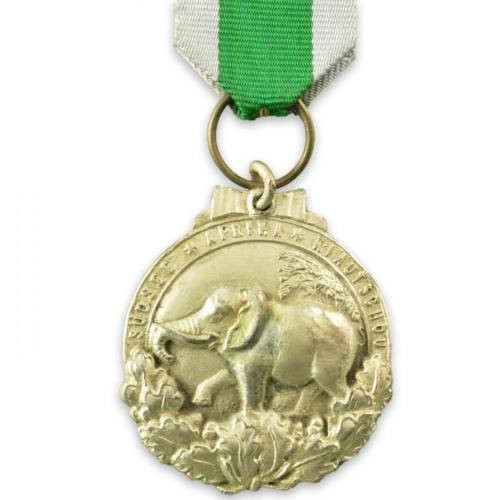 $11.99
$1.00 shipment in 1 - 2 business days
Thank you! Your submission has been received!
Oops! Something went wrong while submitting the form.

GERMAN AWARD "COLONIAL SIGN. ORDER OF THE ELEPHANT" 1921 Colonial sign established in October 1921 by the Ministry of the German recovery (Reichsministerium für Wiederaufbau) for the awarding of the German and foreign nationals who carried the service in the former German colonies in the Great War. Those who work for the benefit of overseas colonies in the territory of the empire, were not subject to the award. In view of the restrictive provisions of the Constitution of the Weimar Republic, prohibits the establishment of awards, the Order of the Elephant had the status of a memorial sign (Erinnerungsabzeichen), instead of the official awards (Ehrenzeichen). In this regard, it is not mentioned in the ranking of the Land Forces, however, specified in the relevant lists of the Navy because of the special role played by Kayzerlihmarine in conducting the colonial policy of the German Empire. COPY