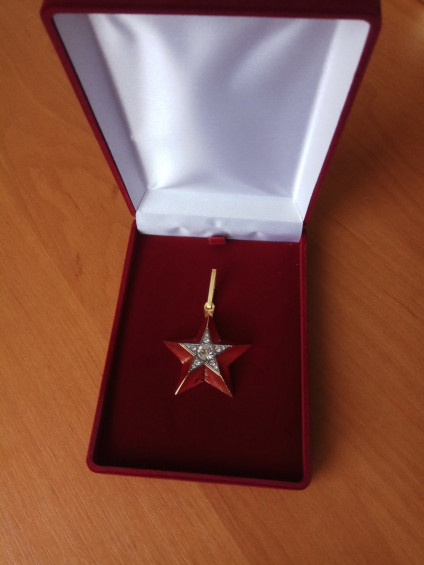 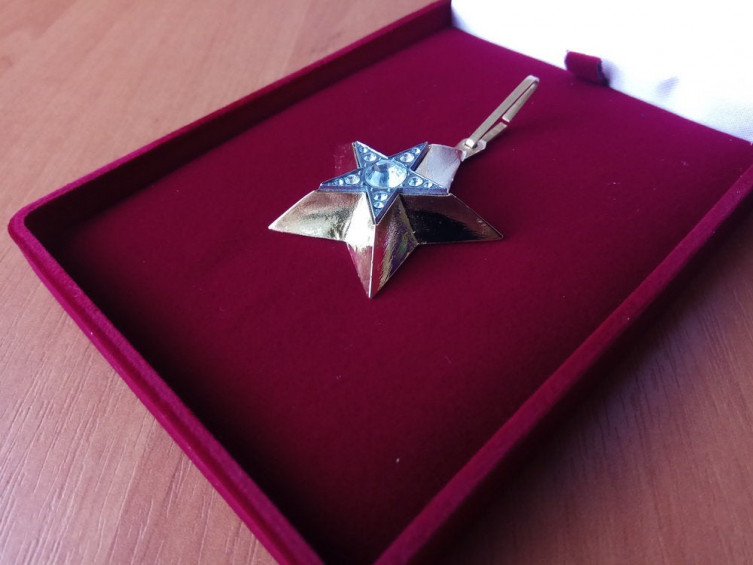 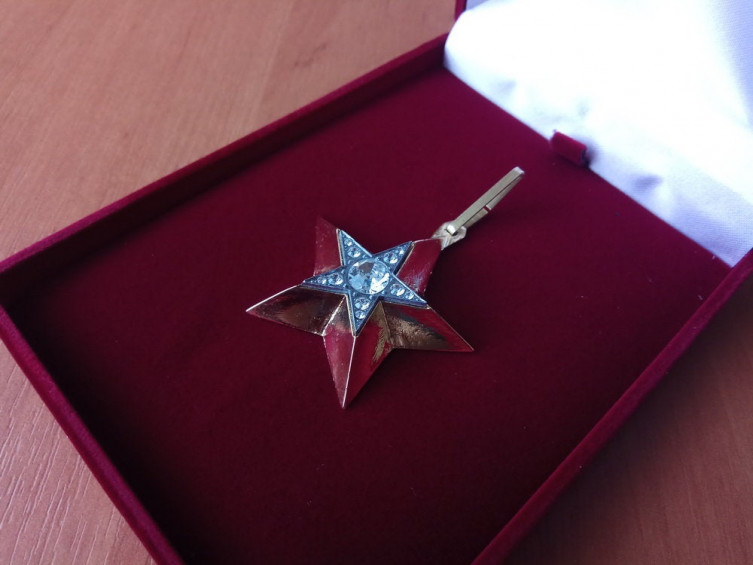 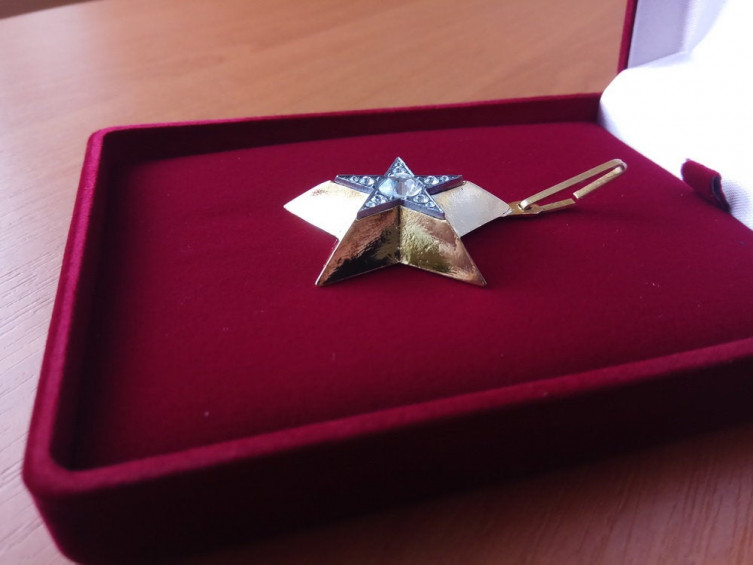 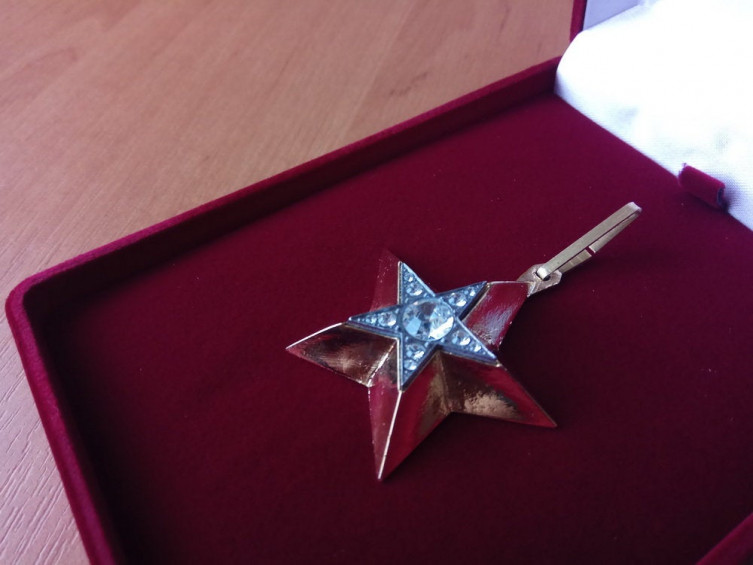 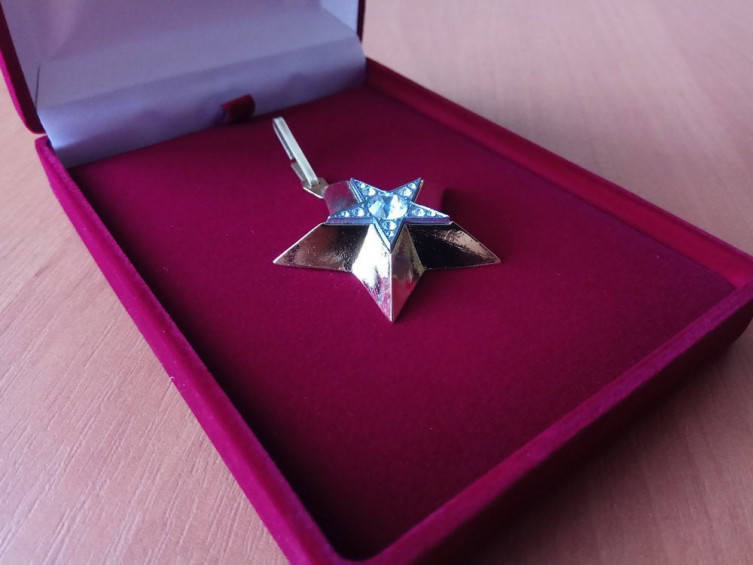 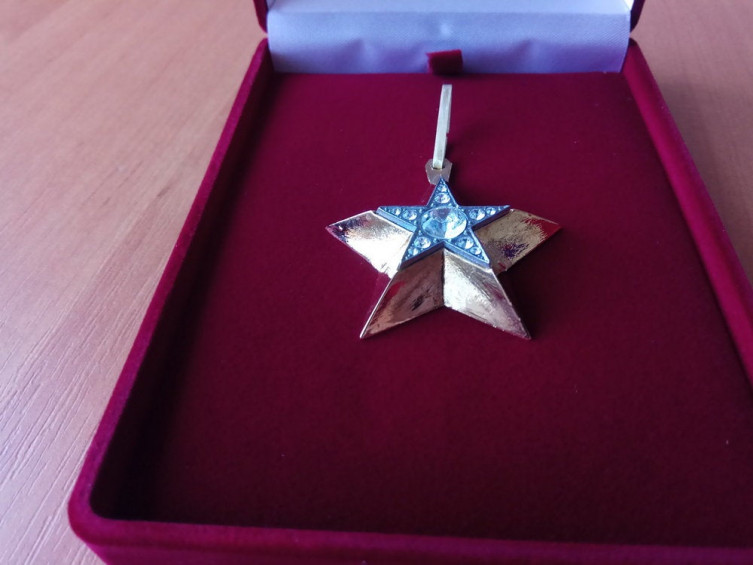 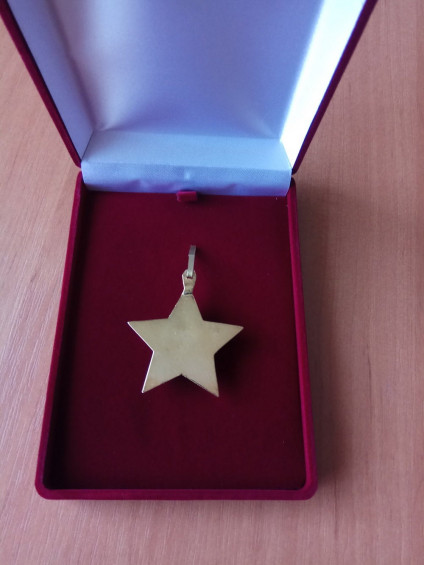 $79.99
Free shipment in 1 business day
Thank you! Your submission has been received!
Oops! Something went wrong while submitting the form.

RARE SOVIET RUSSIAN HIGHEST AWARD IN CASE "MARSHAL'S STAR" SMALL TYPE WITH SWAROVSKI CRYSTALS" The “Marshal Star” is a state honorary sign of special distinction between military personnel in the USSR and then in Russia. It was established by the Decree of the Presidium of the Supreme Soviet of the USSR of September 2, 1940. Marshal stars were awarded to persons with the military rank of Marshal of the Soviet Union, and since 1955 - Admiral of the Fleet of the Soviet Union. In 1943, a Marshal's star was established, conventionally referred to as a “small” type star, intended to be presented to the marshals of the armed forces, from 1962 to fleet admirals, and from 1974 to army generals. It was a distinction with the title: Marshal of Artillery, Marshal of Aviation and Marshal of Armored Forces, established on February 27, 1943; Marshal of the Engineering Troops and Marshal of the Communications Troops, founded on March 20, 1944; fleet admiral, established June 5, 1962; Army General, established November 1, 1974. In the Armed Forces of the Russian Federation, the General of the Army and the Fleet Admiral were awarded until January 27, 1997, as a mark of distinction. GOOD COPY WITH SWAROVSKI CRYSTALS