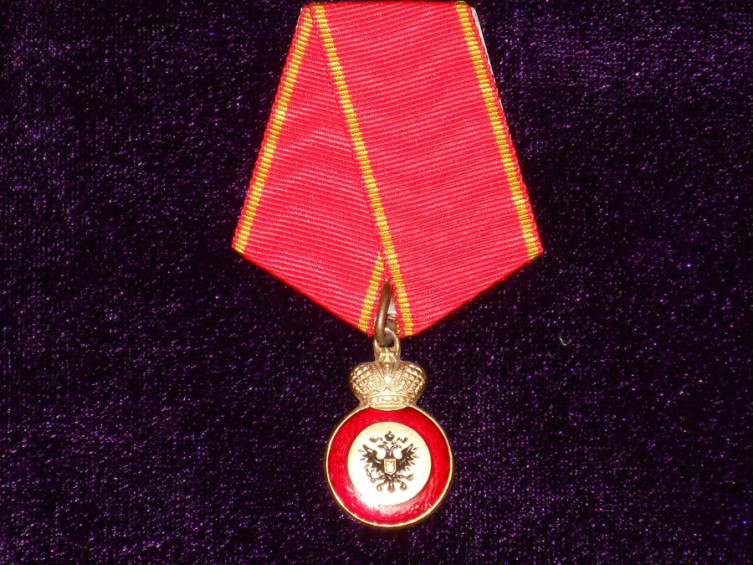 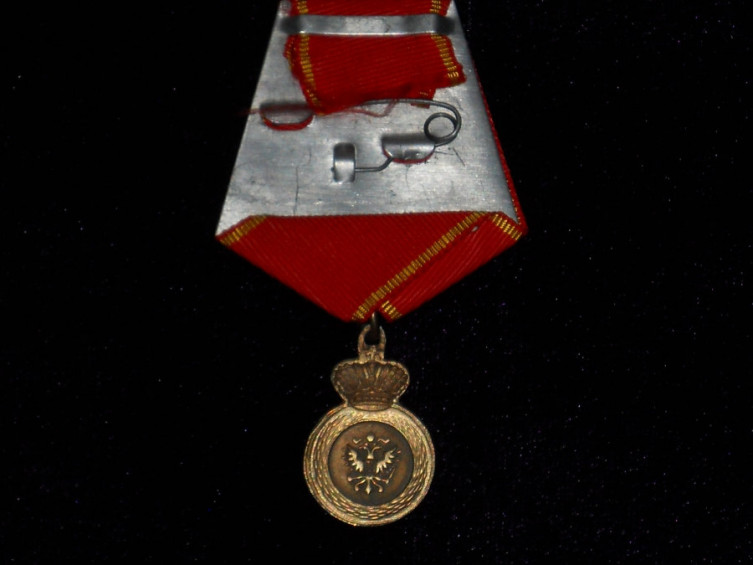 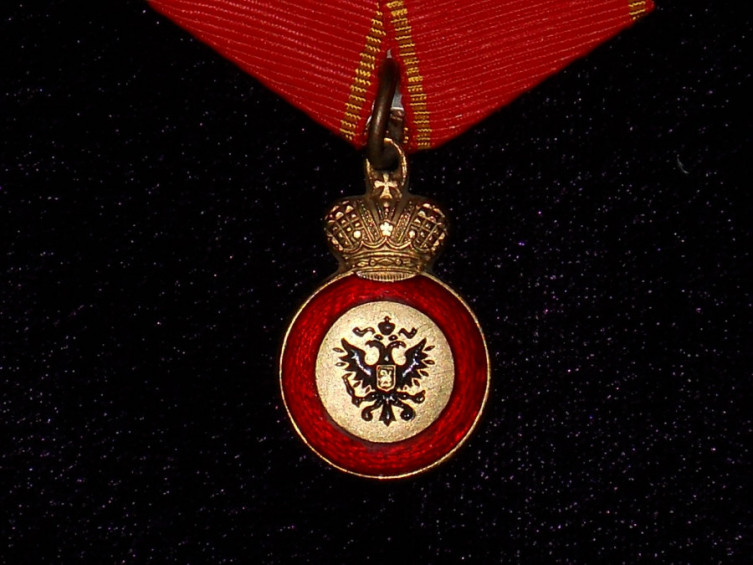 Imperial russian "Insignia of the order of st. Anna" to the gentiles 1844. COPY

$14.99
$8.00 shipment in 1 - 2 business days
Thank you! Your submission has been received!
Oops! Something went wrong while submitting the form.

IMPERIAL RUSSIAN MEDAL "INSIGNIA OF THE ORDER OF ST. ANNE" 1844 TO THE GENTILES November 12, 1796 by order of Paul 1 , give a password has been established at St. Anne sign buttonhole , for non-commissioned officers and men who have served 20 years and blameless release received this sign from corporal punishment . Sign was a narrow strip ANNENSKY colors worn on the chest in his buttonhole . April 5, 1797 in the imperial approval of the Institution Russian Imperial Order of the change was made in the statute of the Order of St. Anne. According to the new position of Insignia consisting tape of St. Anne was a member of a special category of the statute of the Order of St. Anne and the tape is now append gilded silver medal with the image on the obverse dent Order's Cross with expanding blades enclosed in a wide range of depressed . Crowning the top circle of the imperial crown and the ear , with a broken hole in it to wear. On the reverse side of the sign was depicted same circle bulged as on the front side , inside of which a serial number engraved . Since 1844 all the signs were intended for awarding "gentiles," a place of red enamel cross took the Russian state emblem in black. COPY