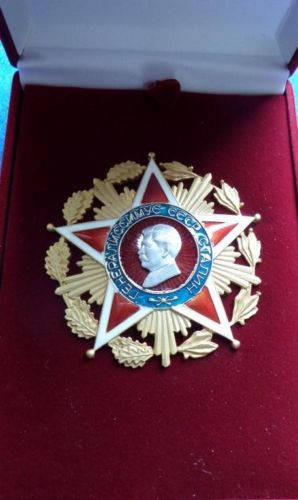 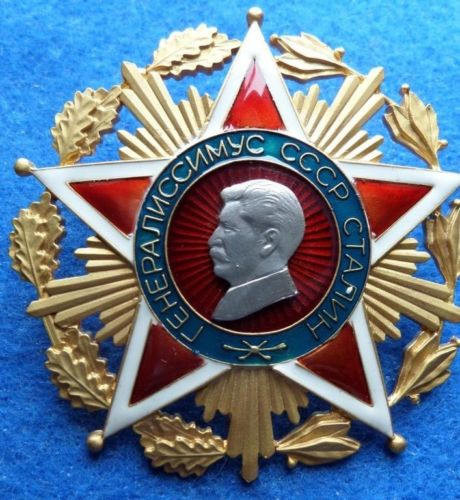 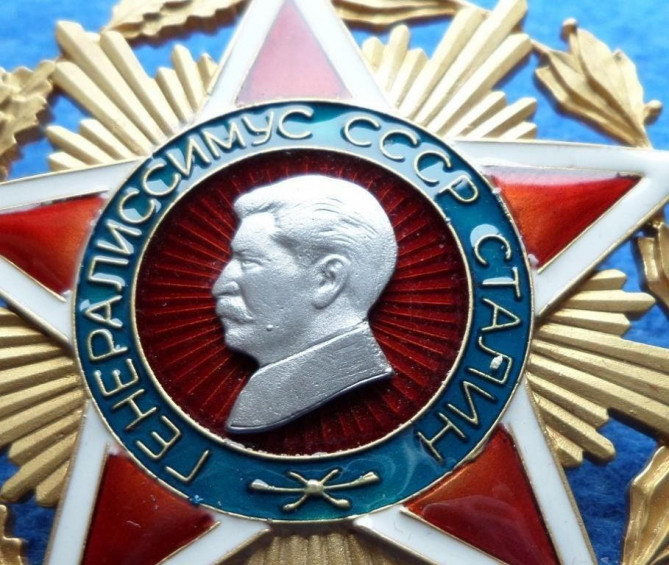 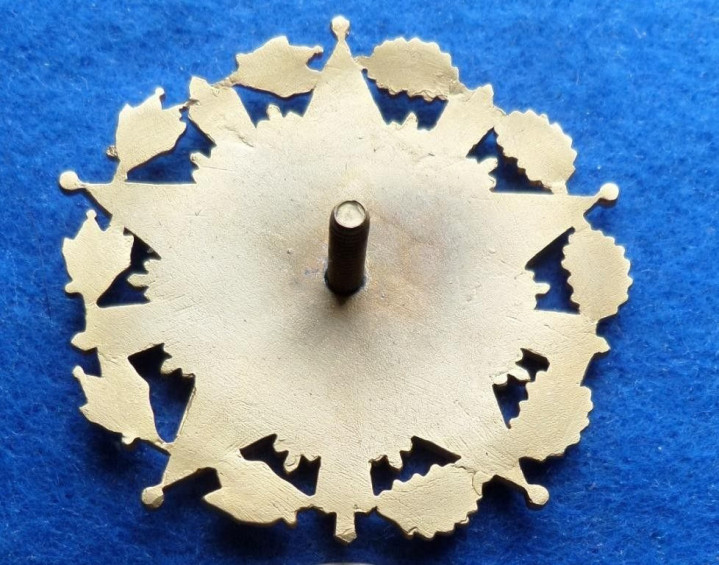 $149.99
Free shipment in 1 business day
Thank you! Your submission has been received!
Oops! Something went wrong while submitting the form.

SOVIET RUSSIAN ORDER MEDAL "ORDER OF STALIN" PROJEKT. TYPE 1953. Very good copy of soviet order of Stalin. In 1949, in connection with the 70th anniversary of Stalin's again a question of establishing the Order of Stalin. In 1953 , immediately after the death of Stalin , were quickly made ​​four copies of the Order of Generalissimo Stalin ( without the use of precious metals ) for approval of the core members of the Presidium of the CPSU Central Committee. Three copies were sent to Moscow , one - remained in Leningrad Myuntskabinete St. Petersburg Mint . The development project was launched in April , allegedly on the basis of oral instruction Chief Goznaka Andreev. The basis for the project adopted a variant of exemplary character in 1949 , where a portrait inscribed in a circle , put on the five-pointed star , which , in turn, put on a gold wreath of oak and laurel branches. Between the star - a golden glow . Circular inscription : "Generalissimo Stalin USSR ." The project has not been approved in connection with recent events , by definition, the new leader of the party and state, and the discrediting of Stalin's personality cult . HIGH QUALITY COPY