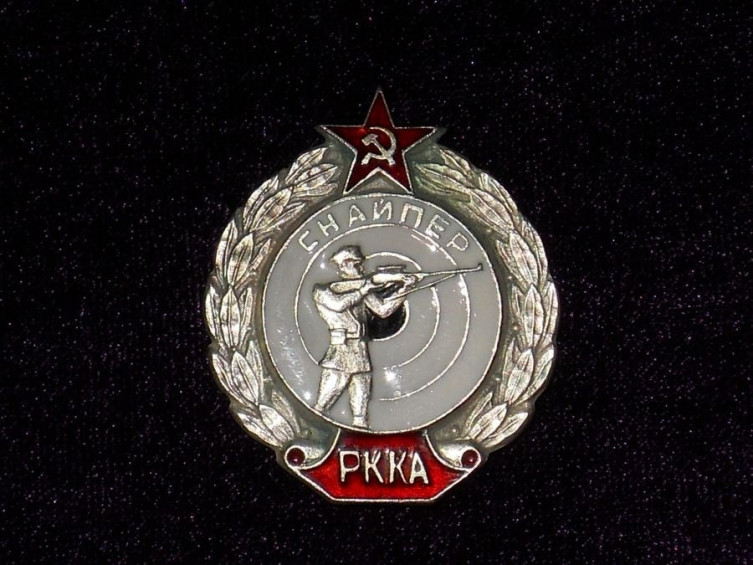 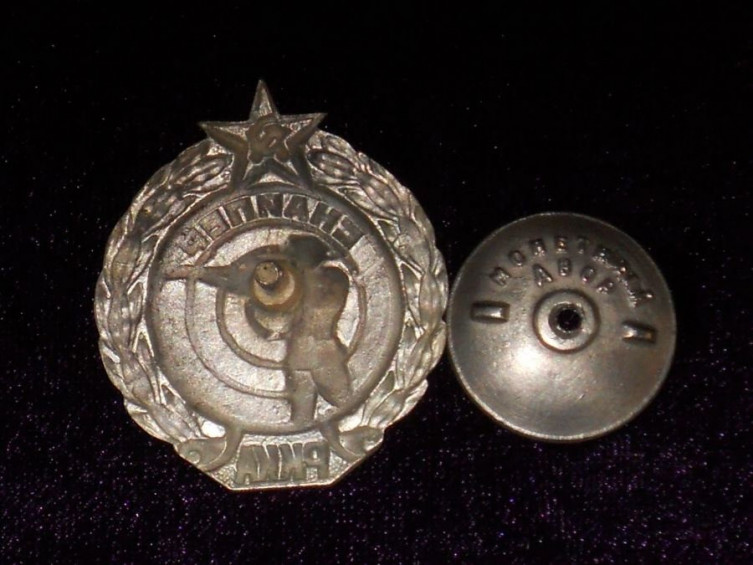 $19.99
$1.00 shipment in 1 - 2 business days
Thank you! Your submission has been received!
Oops! Something went wrong while submitting the form.

SOVIET RUSSIAN RKKA BADGE "SNIPER OF RKKA 1938-1941" This symbol was handed over to servicemen and junior commanders, passed a training program established by snipers in the Red Army. The sign was introduced by order of the NKO №2 from 01.10.1938 year according to the Regulation "On the training of snipers in infantry units of the Red Army." The initiative was based on the introduction of the mark by the Office for combat training (the commander of the 2nd wound A.I.Sedyakin). According to this position among soldiers and junior staff conducted komadovgo set podgotovlke sniper rifle units for the Red Army. Candidates (ie passing the courses) relied patch of crimson cloth on the bar front tunic cut, width of 10 mm and a length from the collar to the end of the bar. After completing these courses by order of the commander of Military Region (middle and senior officers and officers of - the order of the NGOs) presents the sign indicating the course. COPY